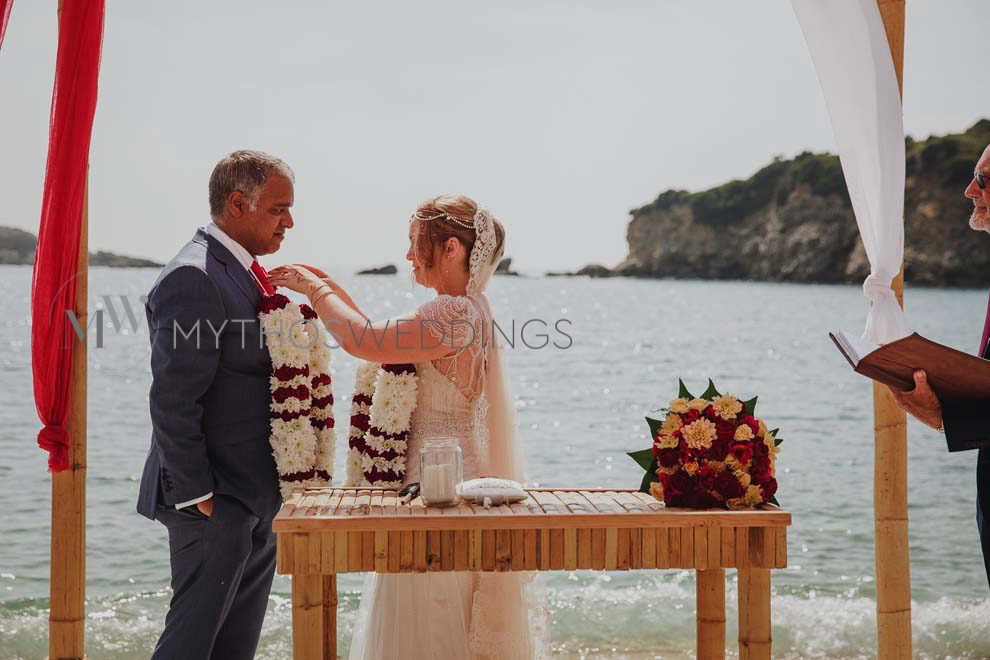 Weddings are a celebration of love and commitment, and can also be a celebration of the couple’s religion and culture.
When a couple decide to have a Kefalonia Wedding and then combine that with their Hindu tradition, the outcome is a unique ceremony that no one can turn away from. 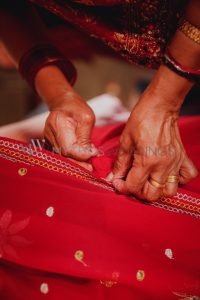 All celebrations begins with the sangeet, a big party a few days before the wedding. The families come together, sing and even put on performances! The word sangeet actually translates to “sung together”. After that, the wedding is officially kicked off by the Mehendi or Mehndi ceremony. Henna is used to apply intricate designs to the bride’s hands and feet. These intricate designs symbolize joy, beauty, spiritual awakening and offering. The mehndi ceremony usually takes place one day before the marriage will be held and traditionally, only women attend.
The wedding ceremony itself is incredible. The couple steps under the mandap, the temporary construction, decorated by anything, from fabrics to jewels and flowers. Everything in vibrant colors! In the center of the mandap a fire burns. The Hindu wedding is a sacrament, not a contract and the fire burns there as a witness and accepts offerings. 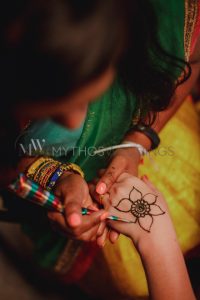 Now picture this: A Κefalonia wedding, only a Hindu one. The Mandap standing tall and bright, with the turquoise waters of the Ionian complimenting it as a background. The Kefalonian olive and pine trees standing witnesses to this unparalleled scenery.
What better place for two people in love to uphold their tradition and exchange their vows than a beach in Kefalonia?
In Hindu tradition, no man can claim a woman until she is offered. During the ceremony, the father of the bride places his daughter’s hands into the groom’s hands as a gesture of giving her away. The father of the bride may also pour water into the bride’s hand, which will flow through her fingers and into the hand of her groom. 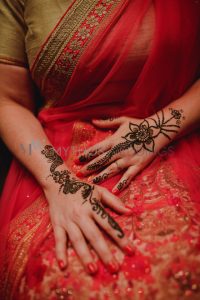 Then it is time for the Jai Mala. This is the part of the ceremony during which the bride and groom exchange floral garlands. This expresses the desire of the couple to marry each other. Nowadays, couples select to exchange rings as well, after the ceremony.

The saptapadi is an important ritual in North Indian Hindu weddings. During the saptapadi, the bride and groom have their garments tied together. In South India, the couple walks seven steps together to signify their friendship. In North Indian tradition, they make seven circles around a ceremonial fire, each round signifying a specific blessing they request of the gods:

The main significance of saptapadi is establishing friendship, which is the basis of a Hindu marriage.

Then the couple is married! Time for an amazing reception and an amazing party. 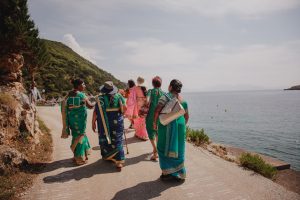 It may be a Hindu Wedding, but it is also a Kefalonia Wedding, so the local delicacies cannot be absent! Perhaps a combination of cuisines would leave the guests in awe!
And then a dance to the break of dawn! The Awara Hun and the Zorbas go very well together, you know!